Cavachons from The Monarchy Testimonials

Notes From Our Families

(scroll down to see videos) 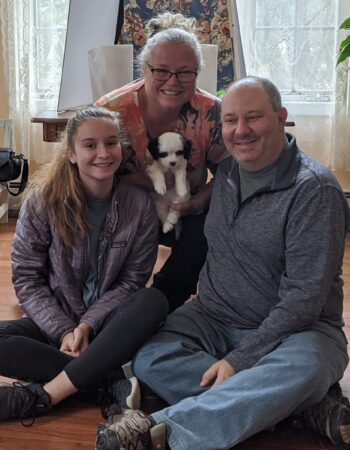 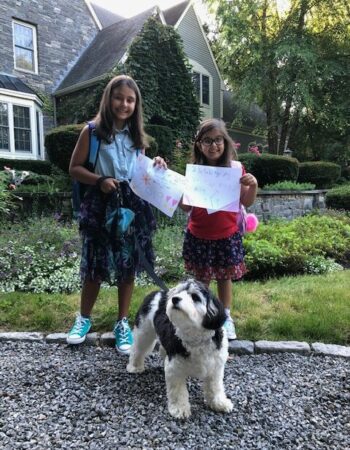 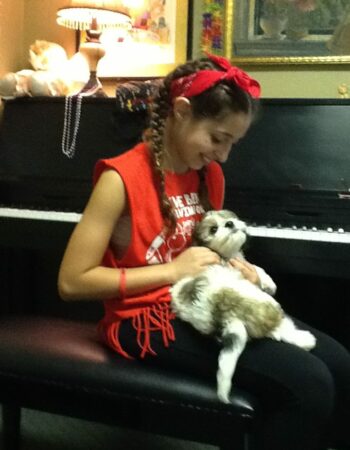 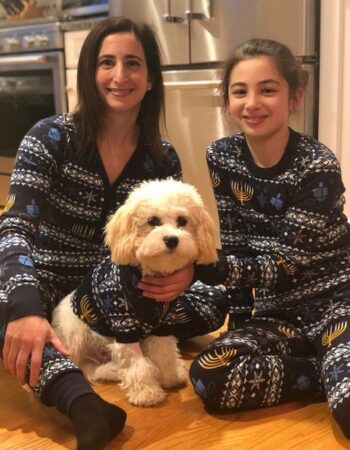 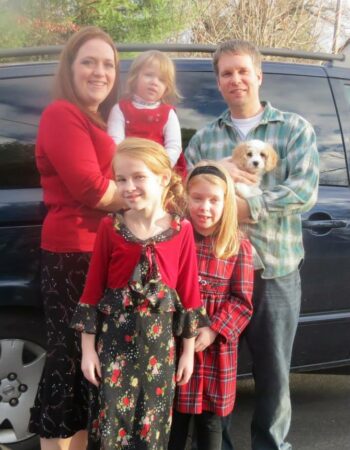 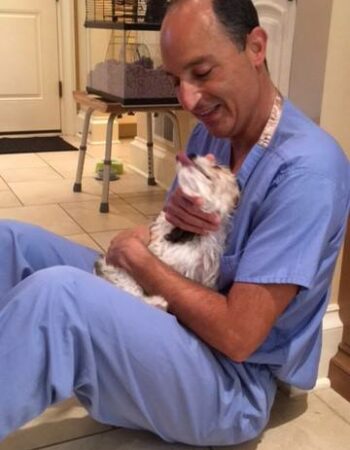 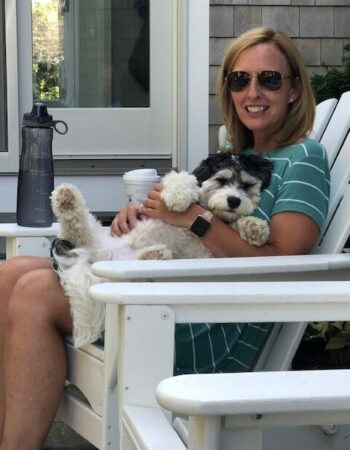 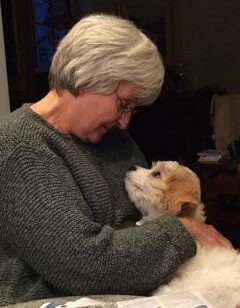 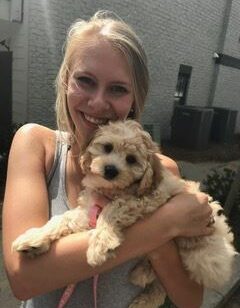 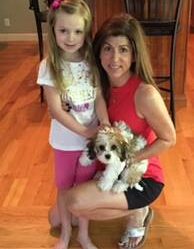 Hi Meryl, Roxy is doing great and feeling right at home.  I work from home so am here most of the day with her and she gets so excited when the boys come home.  She is so funny, when I sit at my desk to do some work, she barks at me as if to say ‘why are you sitting . . . you need to play!  She really does seem very happy and well adjusted.  Sleeping great and loves to play with everyone! She wants to be outdoors as much as she can, she is so funny and loves to run with the kids.  I try to run with her but it just isn’t the same . . and certainly not pretty!   We are still trying to work on the leash walking but will take some time, so she can walk on the beach in Maine. She will keep us young!

We received the chew toy for Bailey – thank you so much!  I’m going to try it with her this weekend and let you know if she likes it.   She is really a hit with the kids in the neighborhood.  Bailey had her first boat ride on Lake Sunapee this weekend – she was a trooper, and I think she liked it!  She looked really cute in her life jacket.  As far as her appetite, we gave her some scrambled eggs with kibble this morning and she gobbled it down!  No poop issues afterward . . . so I will continue with that.  We bought her some new dog food last night and I noticed an immediate difference today, we mixed it in with her old dog food and she ate 3 meals today-a huge improvement.  Sometimes she will eat the Greek yogurt as well, but other times not.  Eating-wise, today was such a good day, we are hopeful for the weekend.  She is running around like crazy right now in the backyard and her favorite toy is a plastic water bottle-hours of enjoyment for her!  Thanks for the support!

To everyone at The Monarchy: Buddy is doing very well.  He sleeps through the night, he is very attached to my husband and only has had 1 accident the first day which was our fault.  We are getting to know his personality and being firm and following your directions about the nipping which is common in puppies.   This usually happens when he is over stimulated so we are trying to catch this.  He doesn’t like grooming, I think.  I need to get a wire tooth comb.  We love him dearly and my son and his girlfriend were crazy about him!

To the best Cavachon Breeders ever:

I have thought of you so often over the past months but did not get to sit down and write a proper note to you about sweet Oscar.  It has been busy here with spring activities but everyone has stepped in to help keep Oscar’s transition here as smooth as possible.  I will just throw a bunch of info out while he sleeps by my feet.

He came to us already sleeping through the night and loving his crate.  He only woke up the first two nights to go to the bathroom but then went right back to sleep.  His crate is in the extra space of my bedroom next to River’s crate.  He also has one downstairs in the living room where he will often nap when not in someone’s lap.

He is a funny eater.  He often only eats part of his meal or sometimes the whole bowl but only two meals a day and leaves the third alone.  He prefers his pumpkin as a treat and not with his food.  He still takes a bite and walks away from the bowl to chew.- this leads to a lengthy meal time!  He seems to only drink water out of River’s bowl so I am finally going to buy the same size bowl for him to see if that will help.  He is 13.4 pounds and caught up on all vet visits.  (give or take b/c he is so wiggly on scale)  He likes fruit which is helpful as a training treat.  We have been lax at training but he does sit for his meal and before opening a door.  He is grasping COME but you better have a treat in site or he gives pause.  I think we have to use some kind of bathroom bell thing because if I miss his glance and forget the time he will try to go in the house.

He tries to steal socks, dish towels, tissues and toilet paper at every chance.

He still loves fetch, he claimed all the toys River had but never used and loves gnawing on the antlers.  He still goes “crazy dog” once a day where he runs around the ottoman growling and barking at noone/nothing in particular.

His tail is so long and he chases it often.  He also chews on his ears when lying down which has fooled me more than once where I run over to see what is in his mouth.

I expected River to play with him more often but it seems to be only one session in the morning of chasing eachother around while I do morning kid routine.  Oscar will chase River around the front yard which is funny.

He has met many people but not too many dogs yet b/c I was waiting for all shots to be given.

Oscar follows me around while I clean up but slows me down when vacuuming and mopping because he gets in front of me and barks at the vac and mop!!

I have been very pleased with the way my children have stepped up to help out with Oscar.  Spring time here became busier than expected.  I did not need to fly back down to my dad but have been busy with doctor calls and taking my mother in law to many appointments.  I  did not want Oscar stuck in the crate for long periods of time especially in his first weeks here so we all staggered our times at home to give attention but mainly to get him out to go to the bathroom!  The rain did not help us, Oscar did not like the wet, long grass in the easiest area to set up the pen.  I eventually let him walk around and pick his own place to go to the bathroom, although I did draw the line at the doormat!

I will send pictures but don’t have many on my phone because he never stops moving!  My children have more I will send later.

Hope all is well with you all at Monarchy, thank you so much for everything.

Dear Meryl and All:

What can I say? Best. Puppy. Ever.

Seriously, we are all over-the-moon in love with Henry, and he seems to think we aren’t too shabby either.

We are honestly amazed at how well he has transitioned.  Other than the first night, he has slept from 10 pm to 6:30 am without so much as a whimper through the night.  It’s obvious that he loves his crate and sees it as a place of security and solace.  Whenever he wants a nap or if he needs some “chill time,” he grabs his stuffed duck toy that you gave us and heads for some private snuggle time to himself.

House training is also going very well.  He gets right down to business when we take him outside and have had relatively few accidents in doors. For times when we are away for a longer chunk of time, we are using a sod square in his extended play area, and he’s using that just fine.

I was bracing myself for a little more “work” from us to help him adjust in those two areas, but it has been far easier than I ever expected.

He LOVES the snow.  Seriously, I’d think he was some sort of snow bunny the way he gallops through it, snorts it up, and digs for some buried treasure that he thinks he may have found.

I am also pleased with just how good he is with our children, despite his puppiness and their little-kid-ish-ness.  Our 9 and 7 year old are quickly learning how to discern when he needs some down time and have learned the power of tone of voice and body language when playing with him.  I do need to keep a closer eye when our 2 year old plays with him, as I think he does see her as another puppy.  That being said, they all love him so much, and you should see him when they get home from school.  He’s obviously missed them and is happy to see him.

I am attaching some recent photos of Henry that I thought you might enjoy.

Thank you so much for all the time and energy you put in loving these pups and getting them ready for their permanent homes.  I can only guess that the ease of transition to our home is a testament to the love, energy, and effort you put into those first weeks of his life.

More Videos From Our Families